During the National Education Week in November, our local FFA chapters organized and carried out a coin drive for their area to raise funds and awareness for the new Nature Center.
Five teams were organized:

Each group was given information, provided by SCCF, which could be sent home to school kids in their area to participate in the coin drive. They were also encouraged to get their communities involved. Flyers were also provided if groups choose to use them. How each group carried out their campaign was up to them. Some groups placed collection jars in various businesses, banks, schools, some had a ‘bake’ sale, and others took it as far as to organize matching gifts from some local businesses. Together all the FFA chapters were able to raise $4,685.46! And for pride, here are team’s contributions:

Regardless of what they raised, the other goal of the Bank of the Future Campaign was to get the word out about the Nature Center Project. Several members of the community came up to staff members and expressed they had no idea about the project and they were excited to hear ads on the radio and see flyers around town. The Sioux County Conservation Foundation would like to give:

“a huge thank you to our local FFA chapters and National Honor Society for all of their hard work and to everyone who participated in making the Bank on the Future Campaign a success!” 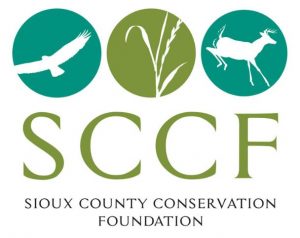